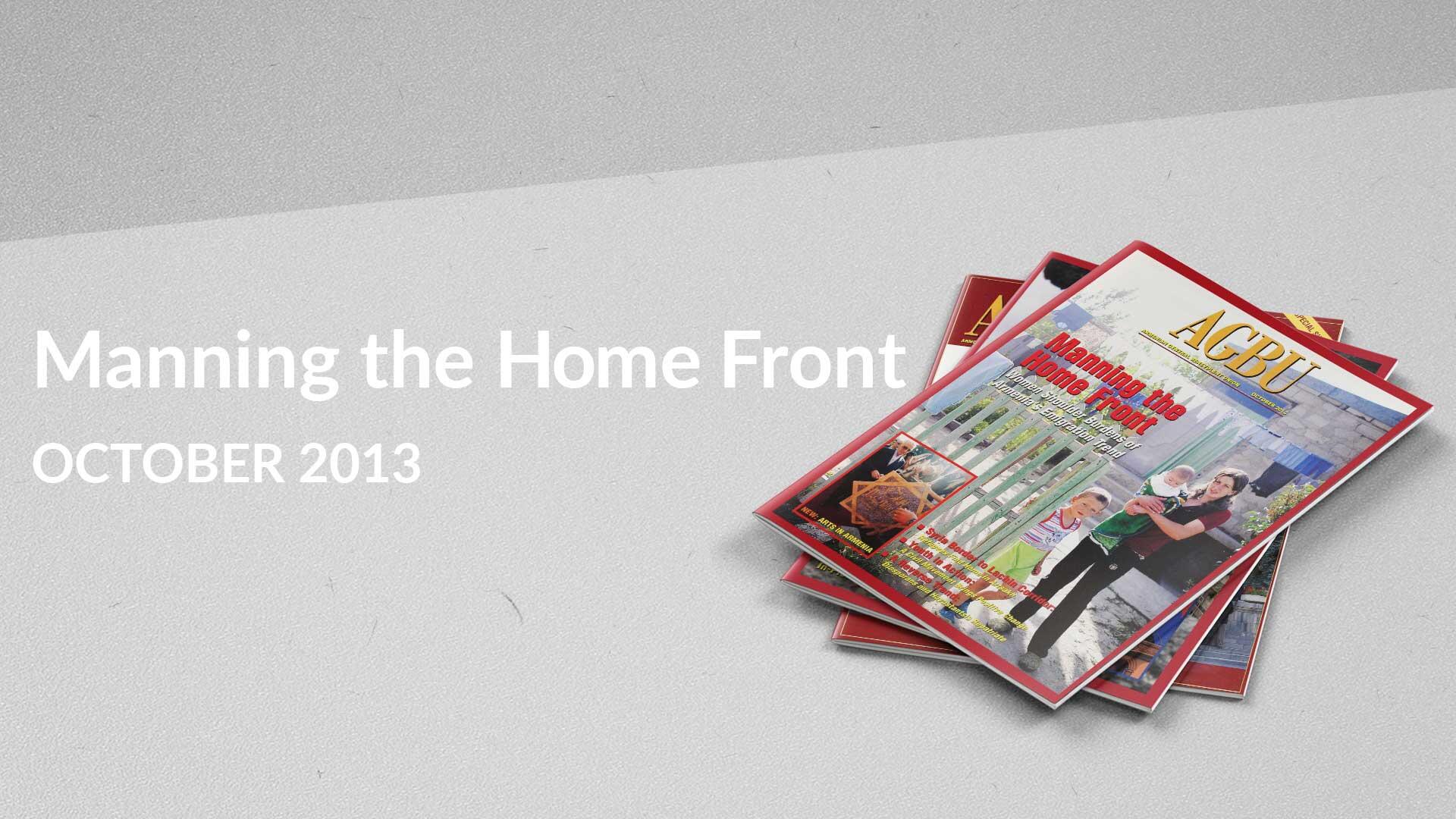 Layout Version
Three years after a government bill paved the way for foreign language schools to open their doors in Armenia, the issue remains a matter of heated debate. Opponents view non-Armenian education as detrimental to national identity. Supporters counter that Russian, the language of the regional powerhouse, and English, the international language, are essential for future generations. Since then, 11 private language schools have gained government authorization, though none have opened thus far. As a staunch group of opponents continue to protest the schools, many parents quietly hope they will open by the time their children reach school age.
In a tough economic climate, emigration is a daily reality for the thousands of Armenian families who have at least one male relative working abroad. Left behind are the children, the elderly and the women, the latter of whom must assume the greatest responsibility. In some rural villages, the gender disparity is staggering, with 90 percent of men absent. The husbands are in Russia, working to get ahead for their families and sending home remittances.
On a hot summer evening in Yerevan, swelling crowds were jubilant with chants of "Hagh-ta-nak!" (Victory), smiling broadly after the battle they had won. But those gathered on July 25 were not celebrating the victory of the national football team in a European championship. Nor were they congratulating Armenia's chess masters for winning yet another title.
Hidden away in a Soviet-era building frozen in time, the Choir of the Armenian Union for the Blind meets in Yerevan for rehearsal. Since 1976, their director has fought to keep his talented, tight-knit group in operation. They play alongside a folk ensemble of fellow blind musicians and perform a wide repertoire of classical and folk, foreign and Armenian works. In better times, they travelled to perform in Russia, picked up awards in Belarus, and participated in festivals in Georgia. Salaries are low, and sometimes nonexistent, but as professional musicians, they wouldn’t trade their jobs for the world.
The Golden Apricot International Film Festival has transitioned from a project of four visionary friends to a globally recognized crossroads of culture in just one decade. Each year, for one week in July, Armenians and foreign guests gather in the capital to view a diverse selection of films. Renowned filmmakers Atom Egoyan and Harutyun Khachatryan, the Honorary Chairman and General Director of the festival, respectively, spoke to AGBU News Magazine about the mission of Yerevan's premier summer cultural event.
Thousands of ethnic Armenians are among the 2 million Syrian nationals who are now refugees of the devastating 2.5 year uprising-turned-civil war. Most Syrian Armenians, accustomed to city life in Damascus and Aleppo, have relocated to other urban centers like Beirut and Yerevan. But for those hailing from far-flung provinces like Hasakeh, the possibility of fanning in Nagorno Karabakh Republic (NKR) resonates more deeply. Many fellow Syrian Armenians pray for a political resolution and safe return home, but these families hope to stay and carve out a future in their homeland.
The American University of Armenia (AUA) Extension AGBU NKR Program, aimed at bringing flexible certificate programs to off-campus professionals, has seen steady growth since its launch in April 2013. Courses in business, human resources, English and other practical skill-sets are offered at a nominal fee, enabling a diverse range of applicants to take advantage. To accommodate the burgeoning number of students, the program will soon be housed in AGBU NKR Campus, currently in the planning stages. AGBU and AUA hope it will not only promote higher education, but also teach new ways of thinking and succeeding in the post-Soviet republic.
This year marks the 90th anniversary of the Yerevan Komitas State Conservatory, originally established as a studio in 1921 and two years later transformed into an institute of higher education. Its alumni include prolific names like Arno Babajanyan, Edward Mirzoyan and Anahit Tsitsikyan. But today the conservatory faces a paradox: a resurgence of interest in Armenian musicial education amid an outflow of its talented masters to Europe, leaving the education of the next generation in the balance.
It is rare today to meet an Armenian without at least one family member seeking opportunity abroad. In this context, it is easy to overlook the reverse trend: a small but noteworthy current of Diasporans and Hayastantsis repatriating to their homeland. Their numbers may be few, but their decision should be encouraged, as they possess skills to share and the passion to create a better future.
This summer, seven young Diasporans travelled to Armenia to participate in AGBU’s Musical Armenia Program (MAP) where they studied under master musicians and learned about their musical heritage. For most of the participants, who hailed from Bulgaria, Canada and the United States, the trip was their first to Armenia.